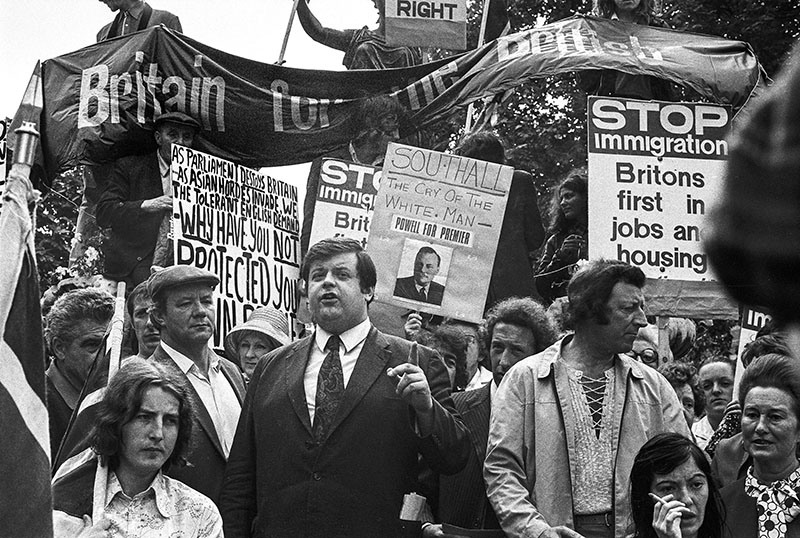 In 1972 Idi Amin, the Present of Uganda at the time, gave the Asian population living in Uganda 90 days to leave the country. Many of these people had UK citizenship due to links to the British Empire and 27,200 people subsequently emigrated to the United Kingdom. Several right wing groups protested at the decision to allow these people to settle in the UK.

This is a photo of Martin Webster from the National Front, speaking in 1972 at a meeting of Smithfield porters and National Front supporters. This meeting was before a march in support of Enoch Powell and in protest at the arrival of Ugandan Asians. The photo was taken on 7th September 1972