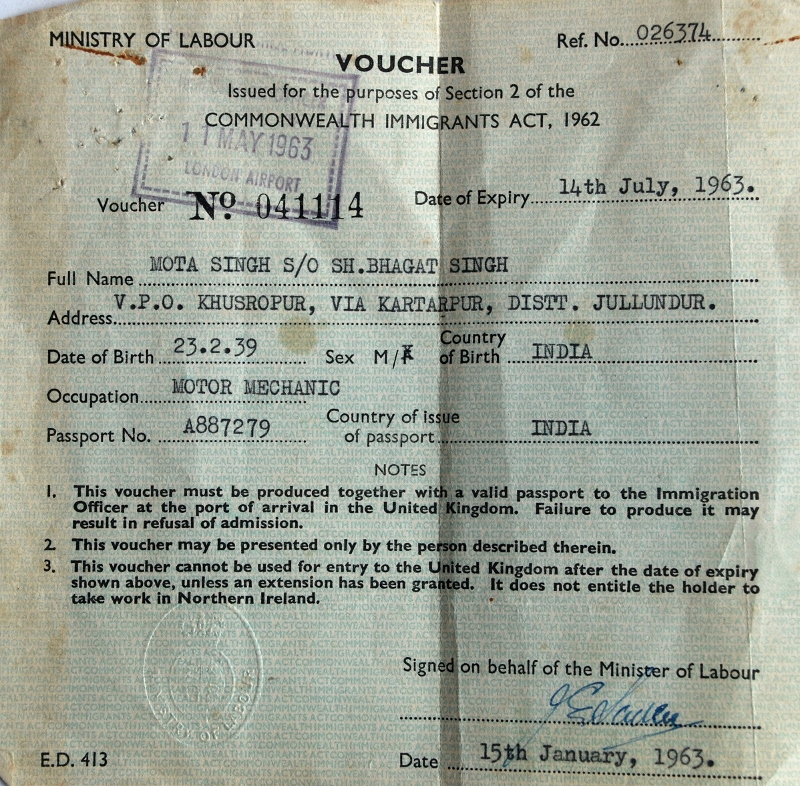 Mota Singh is a town councillor in Royal Leamington Spa and has been influential in local politics and his local community for over 4 decades. He moved to the UK in 1963 from India. Pictured here is his Immigration Voucher.